Around five and a half years ago I was asked by Polly if I would join a supervisory group who were tasked with understanding the feasibility of creating a digital skills academy for the software industry in Scotland. The idea was that this academy would train workers in software development over a 16 week course, then help them find jobs within the industry. The ultimate goal of this initiative was to help to bridge the increasing digital skills gap we were seeing in Scotland. Understandably, there were people who thought this couldn’t be done. Two of the biggest concerns were that the revenue model would never work and, perhaps more worryingly, that it wasn’t possible to teach someone to code from scratch in 16 weeks. We went ahead and did it anyway.

After a lot of hard work (not on my part really!) the academy became a reality in June 2015 with the official announcement of CodeClan as “the UK’s first dedicated accredited software skills academy”. The first cohort of students started in September 2015!

As with all startup businesses, the journey has been a rollercoaster of highs as well as lows. Some of the hard times were particularly pronounced since CodeClan is a social enterprise and the course was being offered at less than cost (the difference being made up by the partner programme). Yet, despite these challenges, the company has not only survived, it has thrived and forged ahead even in the face of the most difficult business challenge of modern times – a global pandemic.

CodeClan is now operating across three sites (Edinburgh, Glasgow, Highlands & Islands) and they recently celebrated 1,000 graduates which is an incredible milestone. At FreeAgent we have hired six CodeClan graduates over the years, all of who are amazing (and are all still with us).

Five years on, it’s time for me to step down from the CodeClan board. I’ve thoroughly enjoyed being a board member, it has been a brilliant, rewarding journey – a privilege, really – and I’ve learned a huge amount from the experience, from my board colleagues as well as Polly (CodeClan Chair), Melinda (CEO) and her excellent team.

Thank you to everyone for letting me be part of it all and I look forward to seeing where CodeClan goes next! 👋 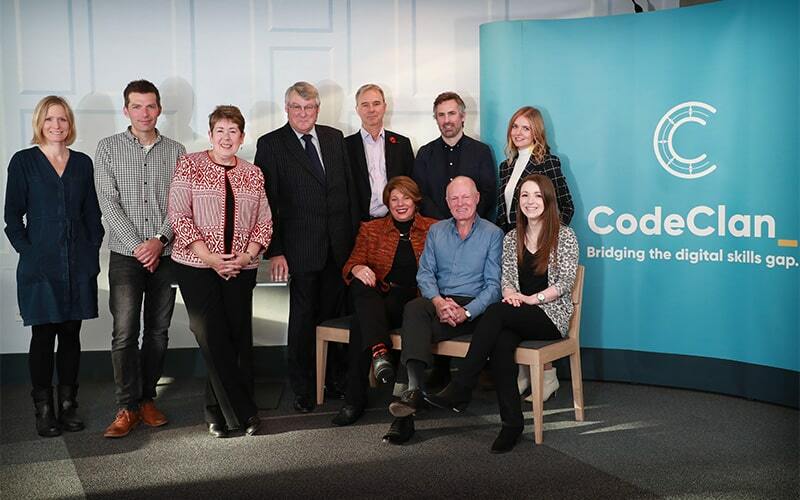