I thought about writing a “2020 in Review” article that was just a blank page, but rather than being facetious I thought I’d write about some of the music I listened to instead. 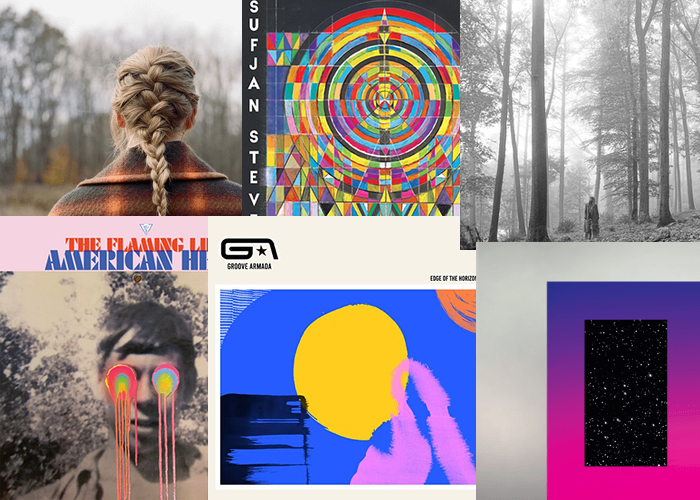 As I get older, I’m increasingly less interested in discovering the most exciting underground sounds, something I used to be obsessed with. I pay for Spotify but I try and stay away from its bot-generated playlists. It might be just me, but I generally don’t get 95% of what they suggest. My Discover Weekly in particular is a complete mystery that makes no sense and bears no resemblance to my tastes. Based on this, I’m pretty sure robot overlords won’t be taking over any time soon.

My nostalgia of the enjoyment of spending far too long reading inkies and hanging around in record shops means I still love listening to albums. Don’t get me wrong, I love new “singles” (I am so old I know), and I do create the odd playlist, but typically what I enjoy most is discovering an album that I can’t stop listening to in its entirety. 2020 had quite a few. You might even call it a vintage year.

When I find an album I love, I’ll buy it. I’m aware that artists typically earn very little via streaming services, so it makes me warm and fuzzy to give a bit back (especially via Bandcamp). I also want to own the music outright, and I want to listen to it in at least 16-bit, 44KHz because, well, it’s 2020 and we have streaming TV in 4K so why are we subjecting ourselves to music in 192kbps MP3s and AACs? I don’t buy Hi-Res audio, although Bandcamp sometimes gives you such a download. I probably would buy it, but since Bluetooth audio via high(ish)-end cans like Bose QC 35s and AirPods Pro don’t even support it, what’s the point?

There are still burning embers of my old DJ life which means I still love dance music, specifically deep house, nu jazz, disco and Balearic. I did buy a chunk in 2020 (and even made a mix, but I’m not dwelling on that here. Maybe I’ll do another write up on the dance side of things, but I genuinely know next to nothing about the scene other than the records (ok, WAVs) that I bought.